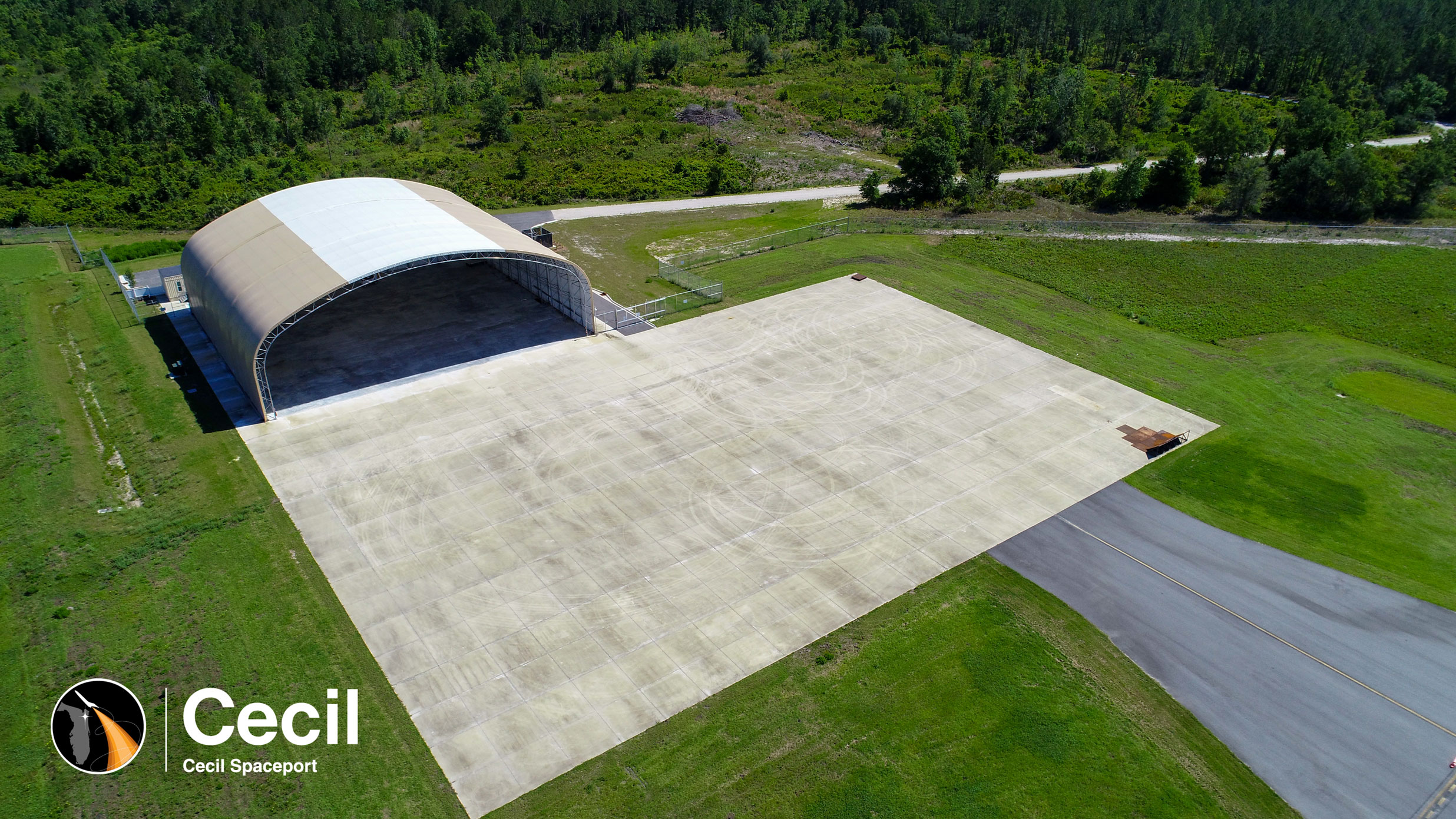 Cecil Spaceport is centered in one of the Southeast's greatest logistics hubs near four airports, three major interstate highways, several rail lines and one of the fastest growing deep-water ports in the Southeast.

Jacksonville International Airport (JAX) is the region's airport for commercial flights. JAX is located near many of the city's business districts and popular vacation destinations such as Amelia Island and St. Augustine. JAX offers non-stop flights to major U.S. cities, including several international gateways. Seven low-cost and legacy airlines provide service to the airport.

With easy access to air and rail connections and a deep-water port, Cecil Airport's facilities are ideally suited for aircraft maintenance, repair and overhaul operations, and a variety of aviation-related industrial and commercial development. Cecil Airport has one of the longest runways in Florida, which was instrumental in it becoming a licensed horizontal launch spaceport.

Jacksonville Executive at Craig Airport (JAXEX) is proud to serve the needs of general aviation enthusiasts and the corporate flyer. Located just minutes from Jacksonville's business district, JAXEX is also close to the city's beaches.

Jacksonville's superior logistics network is created by its direct feed into a major interstate and highway transportation system. Three of the major interstate highways are within close proximity to Cecil Spaceport.

Ground transportation is easily facilitated via connectivity to Interstate I-10, which is immediately adjacent, I-95 which is 23 miles east via I-10 and I-75, less than 50 miles west of Cecil.

Jacksonville is home to one of the largest commercial ports on the U.S. East Coast. Goods from more than 100 countries are shipped through the Jacksonville Port Authority (JAXPORT), which is also one of the largest vehicle handling ports in the nation. Three public marine cargo terminals - Talleyrand, Blount Island, and Dames Point - ship more than eight million tons annually, and Dames Point offers a direct connection to Asian markets.

Assets for Leadership in Advanced Manufacturing

Jacksonville offers speed to market through several avenues besides logistics and location. A prime beneficiary of Florida's talent pipeline, Jacksonville is in a unique position to attract the skills and intellectual capital for stellar performance and innovation. The city is home to two of the nation's Top 10 high schools as well as 20 colleges, universities, and community colleges, and has been named one of the nation's best mid-sized cities to attend college. The region's four military installations offer another strategic resource in providing highly trained labor with challenge-ready skills. As the Florida city with the largest percentage of workforce engaged in advanced manufacturing, Jacksonville also welcomes industry with low taxes, low power rates, and low construction costs along with an ample inventory of shovel-ready sites and Class A industrial park facilities.

We are listening, tell us what you think! We appreciate good feedback and we will respond to you promptly. Go ahead fill out the form and send us your comments!